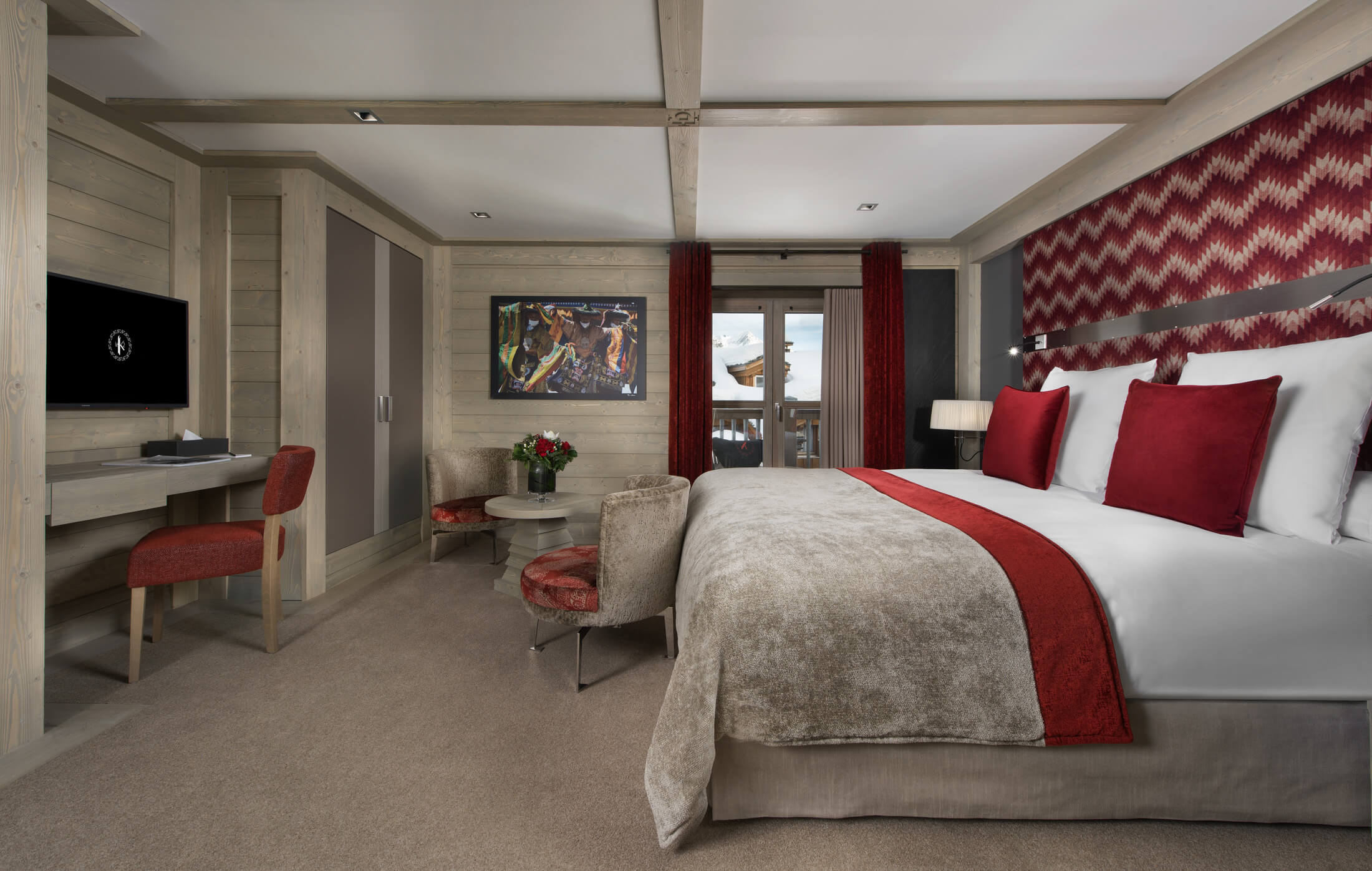 After the success of Le K2 Altitude, Le K2 Collections approached Capezzone Architecture to develop a 2000m2 hotel into an urban boutique destination. The five-story building was renovated to include 24 rooms and suites, a restaurant, a wellness area and a tea shop open to the public.

Muted tones, such as the deep browns of the salon, add a contemporary edge synonymous with city living. Streamlined design and a careful consideration of materials ensured that the budget was adhered to and the project delivered on time.